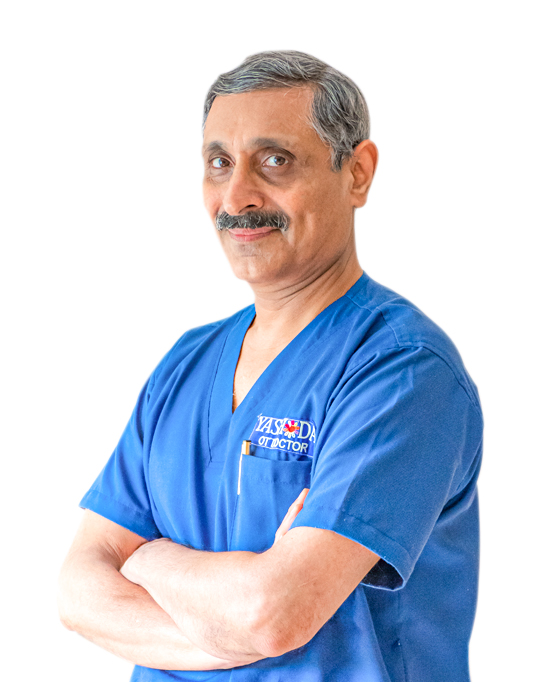 Dr. (Maj. Gen.) Navdeep Sethi is the Head of the Department, Anaesthesia & Critical Care at Yashoda Hospital & Research Centre and has been working in the field of critical care medicine for more than 30 years including 18 years in the capacity of a professor. He has served in the finest institutions of the country in various capacities such as consultant in the Armed Forces Medical Services (AFMS) and head at the Army Hospital Research and Referral- AH (R&R) Delhi as well as professor and head at the Armed Forces Medical College (AFMC), Pune. He has commanded prestigious Army Hospitals including the 600-bed MH Ambala and Command Hospital (SC) Pune which is the largest 1082-bed hospital in AFMS. He has been honoured with COAS (Chief of Army Staff) Commendations thrice (2009, 2011 and 2014). Besides this, he has also received a fellowship from the Indian Association of Paediatric Anaesthesiologists.