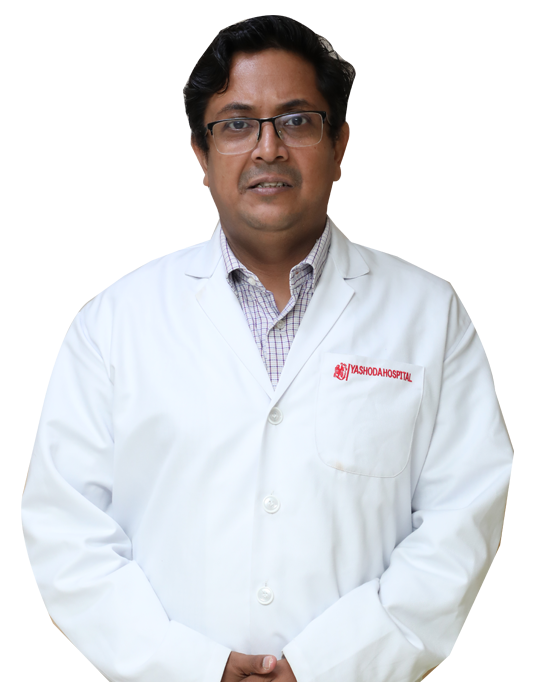 Dr. Vaibhav Saxena is a passionate and dedicated Best Urologist, Andrologist, Uro Onco Surgeon Yashoda Hospital, Ghaziabad having more than 18 years of experience in the medical field (12 years as a super-specialist). After completing his super-specialty, he pursued his interest in minimally invasive urology and urological cancer surgery and did observership under Dr. George P. Abraham in PVS and Lakeshore Hospital, Kochi in 2012.

Dr. Vaibhav Saxena is also an expert in andrology and male infertility, an often neglected field in India. He has the experience of running a successful andrology clinic at AIIMS wherein he treated more than 1000 male infertility patients. He has also delivered community health talks on various topics ranging from sexual education, malnutrition, urological education to various aspects of renal replacement treatments and frequently organizes urological health camps in underprivileged areas.

More than 18 years of experience in the medical field

Dr. Vaibhav Saxena is an athlete and loves to run half marathons. He also plays badminton, table tennis and cricket.  Besides this, he is deeply interested in spiritual literature.