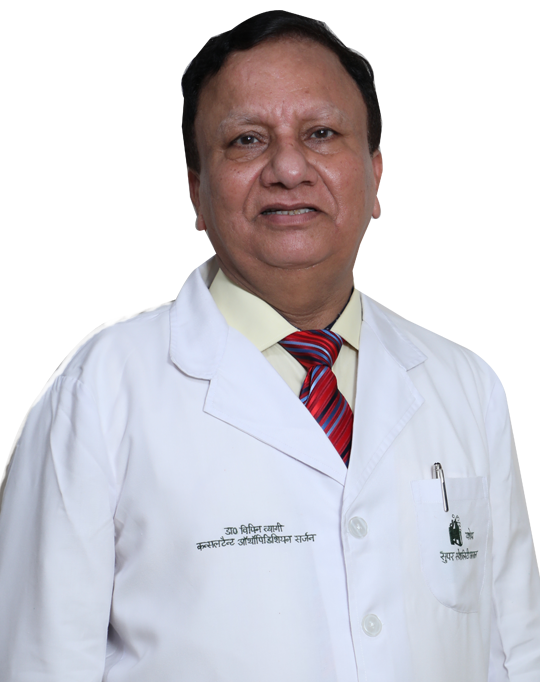 Dr. Vipin Tyagi is an illustrious alumnus of the famous King George's Medical College, Lucknow where he earned his M.B.B.S. and M.S. in Orthopaedics in the year 1983. Between 1984-85, he served as Registrar in the Department of Orthopedics at the renowned Sir Ganga Ram Hospital, New Delhi. Post 1985, he went abroad and received rigorous trainings from acclaimed orthopedic surgeons such as Dr. Ranawat and Prof./Dr. Tria in a number of countries such as the USA, Canada, Germany, Switzerland, South Korea and Libya. In 1992, he joined Yashoda Hospital & Research Centre as a Senior Consultant and Head of the Orthopedic Trauma & Joint Replacement Department wherein he has successfully performed over 20,000 surgeries including complex and complicated fractures, spine surgeries and hip and knee replacements till date.

A self-confessed workaholic, Dr. Vipin Tyagi loves to keep himself abreast with the latest developments in the field of orthopedic surgery. He has attended and delivered several lectures at both national and international orthopedic conferences around the world. He has also received multiple prestigious international fellowships in joint replacement and trauma from the USA, Germany and Switzerland.

A self-confessed workaholic, Dr. Vipin Tyagi loves to keep himself abreast with the latest developments in the field of orthopedic surgery.